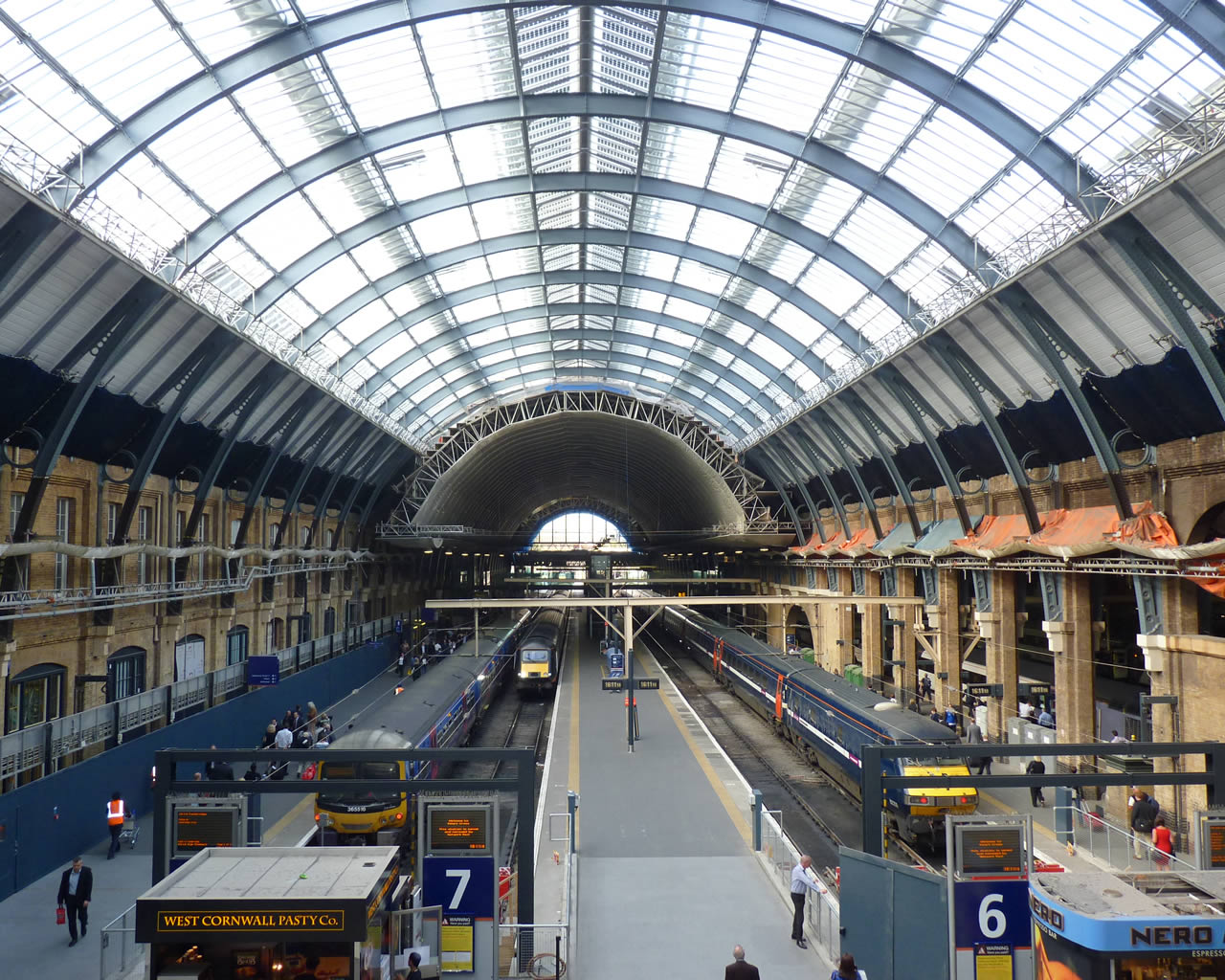 We designed and manufactured a travelling, mobile special access scaffolding system, 96m long with an arched 37m span, suspended from the station roof on two triangular (Toblerone) tracks for the renovation of this historic station.

King Cross Station was built in 1852 and is the busiest station in the UK. The station underwent a £550m renovation which included a major restoration of the twin trainsheds from 2009-2012.

The top surface of the arched scaffold deck provided a 100% access system allowing removal of the old roof and installation of a new, eco-friendly new one. This included a membrane and water catchment system on the underside, as the station was in full use during the 3 year renovation.

The system was moved by hand 4 times during the course of the contract. Each move took less than one hour - despite the system weighing 120 tonnes. Workers were able to use the access platform immediately following the move.

This type of special access scaffolding provides substantial time and cost saving in comparison with with months of delay typical with traditional tubes and fitting scaffolding.

The time-lapsed video below shows the final movement, which took 45 minutes.

This NSS special access system weighs 120 tonnes (being 96 m long) and was moved manually by workers pushing against the steel on the top surface. 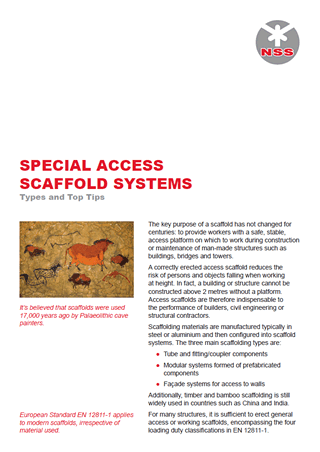